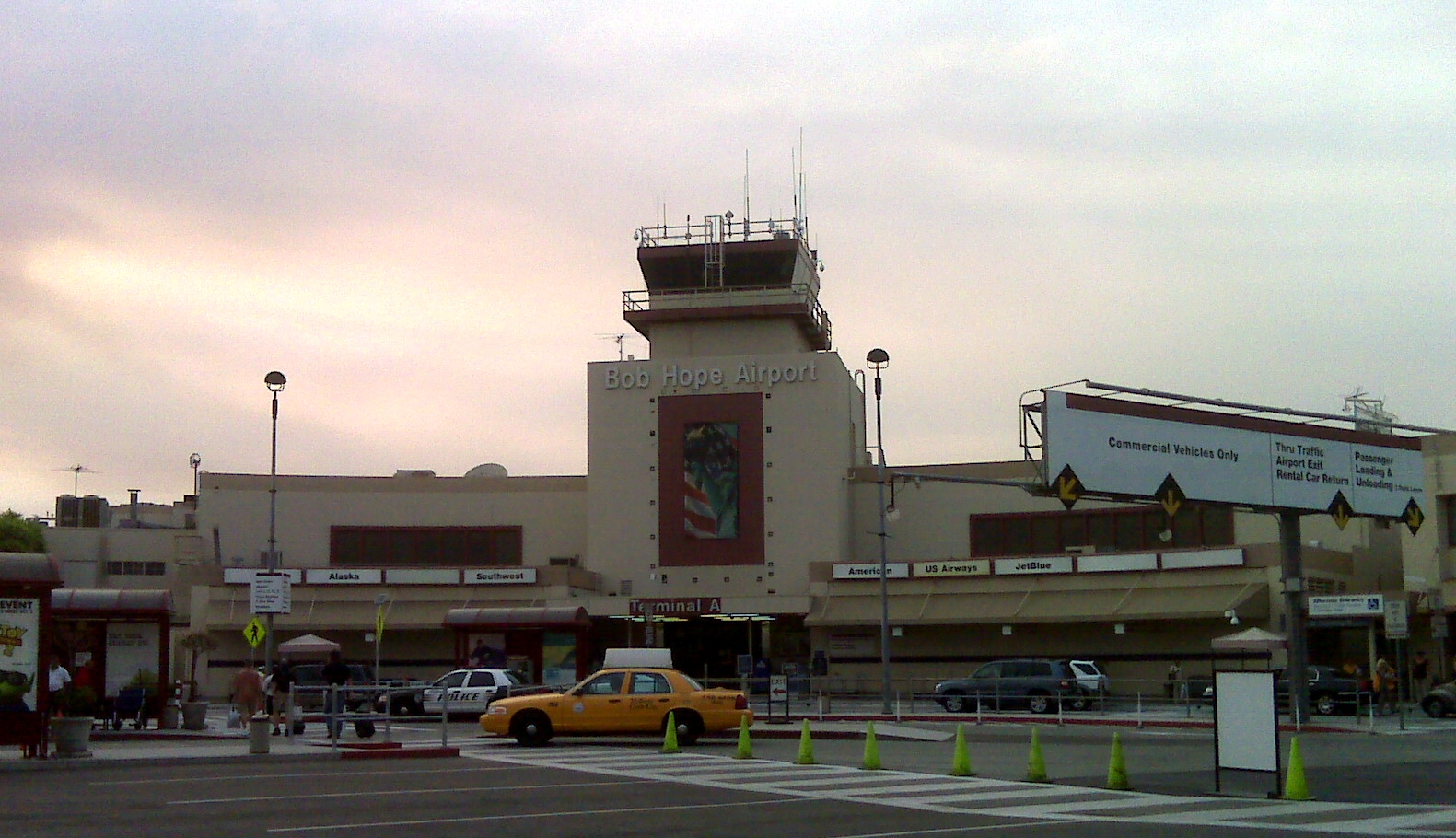 Also known as Hollywood Burbank Airport, Burbank Bob Hope Airport is located just three miles from Burbank in Los Angeles County. BUR serves the population of northern Greater LA, which includes San Fernando Valley, Pasadena and Glendale. Thanks to its location, Burbank Hope Airport is a busy airport, with over 2.6 million passengers per year in 2008.

The airport boasts a direct rail route to downtown LA, making it the only airport with such a connection. It’s also nearer popular areas, such as Hollywood and Griffith Park than LAX (Los Angeles International Airport), which appeals to many. Nonstop flights to cities on the West Coast allow for easy access and JetBlue Airways runs a red-eye flight to New York City each day. Burbank Bob Hope Airport advertising is on the rise, thanks to the number of passengers using the airport.

BUR airport advertising campaigns include wall ads, large format and print, as well as digital advertising, as well. While it was once a Burbank only airport, one runway has now extended into Los Angeles city limits and is controlled by authorities in both cities, while owned by Burbank-Glendale-Pasadena Airport Authority. This means even more opportunities for brands to make themselves known to those traveling to and from both cities. 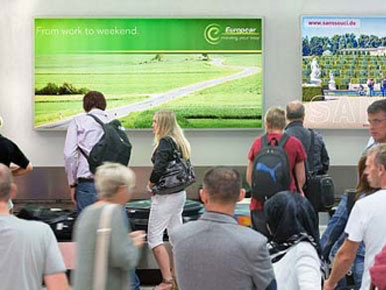 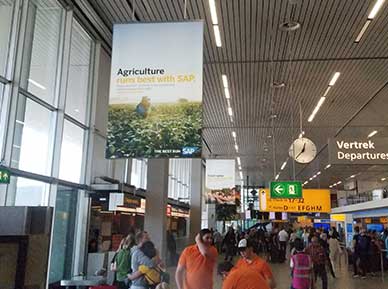 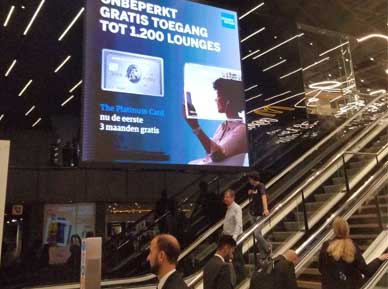 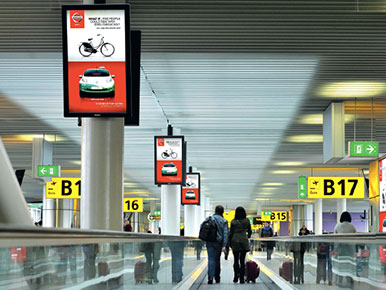 The Digital Network, which is comprised of fully-digital, high definition double-sided 70” LCD screens. Each unit is situated in head-on positions in order to guarantee that this premium advertising medium is seen by all arriving and departing passengers throughout BUR. 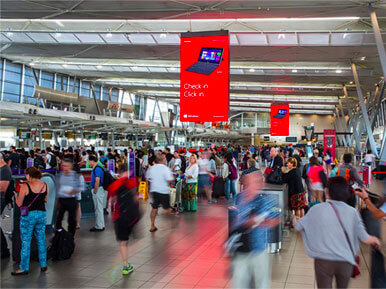 Digital Spectaculars are intentionally located in the most densely populated areas of Burbank BUR Airport. 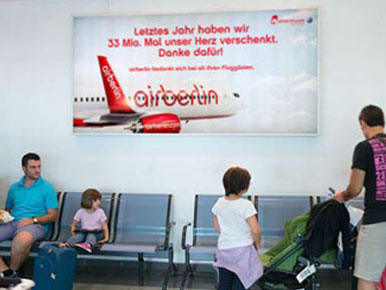 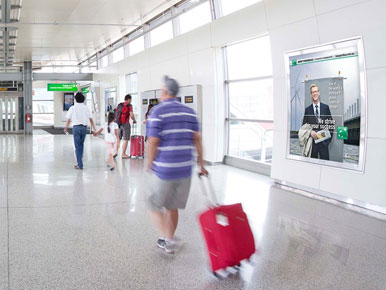 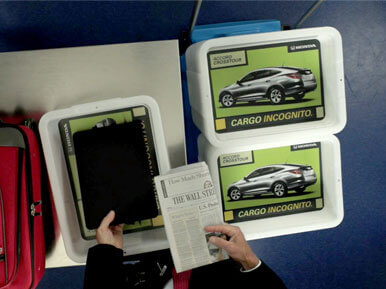 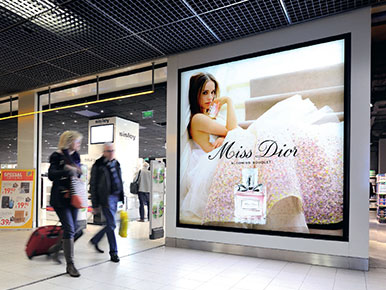 Reach your target audience in a big way with Spectaculars! Your message gets noticed as passengers walk to baggage claim, restaurants, shopping or their gate. Spectaculars are also located in great targeted locations like the Rental Car Facility and the Taxi line at Burbank Airport. 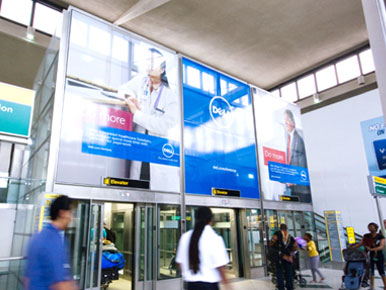 Hollywood Burbank Airport (previously known as Bob Hope Airport) has been working hard lately to attract more passengers. Their campaign is working and the airport is seeing more passengers every month. The increase means more exposure and more airport advertising options for companies with campaigns in the airport. The growth rate is expected to continue as the airport moves into the next phase of promotion.

Traditionally, those arriving or departing Los Angeles head to LAX, or Los Angeles International Airport. However, there is a push to move more passengers through Hollywood Burbank Airport instead. This relieves some of the domestic traffic through LAX and allows for more efficient processing of passengers in the long run. The airport branding project is now in the fourth phase and will continue until the fiscal end of year in 2019.

With more passengers going through Hollywood Burbank, airport advertising in the terminals there immediately jumps in value. Those getting in early will enjoy the increase in traffic and visibility almost immediately. Hollywood Burbank has been working on promoting the airport as an option for the past several months, focusing on specific cities throughout the United States that have routes going into the airport.

The newly named airport will also have a travel blog and website where there may be further opportunities for advertising. As potential passengers look for information on the site, they will also see any promotions that may be presented. While airport advertising mainly focuses on displays within the airport and on the local WiFi, the possibility of expanding to airport websites and blogs offers a whole new way to reach passengers. The increased number of passengers brought in by advertising will also make it easier for companies to get their products and services in front of more consumers. 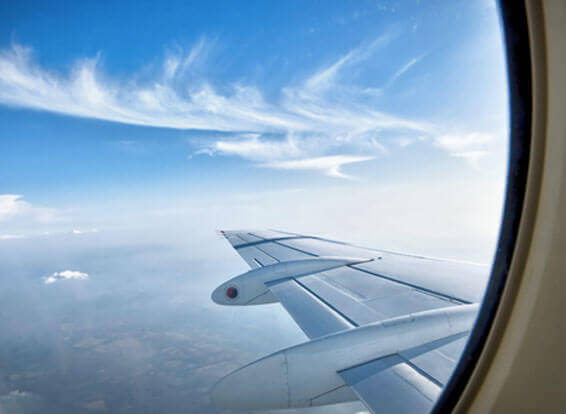